Fall is in the air with Halloween just around the corning. It’s time to head to your local pumpkin patch to find the perfect carving pumpkin. This year I visited Wilfert Farms in Two Rivers, WI. It was opening weekend for their Pumpkin Patch. At this Midwest farm you can pick your own pumpkin or select from a large assortment of decorative, jack-o’-lantern, pie or white pumpkins that have been pre-picked for you. If you want to pick your own you can grab a cart and head across the road to the pumpkin patch. The field is dotted with orange pumpkins big and small. Walk down the dirt path and search for a tall pumpkin with a curly stem or a short round pumpkin with lots of carving potential. In addition to a huge selection of pumpkins they also offer corn stalks, straw bales, gourds and mum plants for all your outdoor fall decorating. 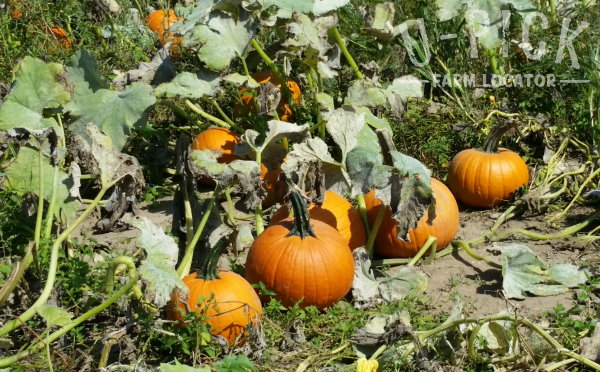 If you live in a region of the country where pumpkins are grown make a plan to go pumpkin picking this year. Visiting a local pumpkin patch is a great way to spend a fall day with the family. Many farms with u-pick pumpkins will also offer other fresh fall fruits and vegetables. Find u-pick pumpkin farms by searching at U-Pick Farm Locator.

According to the Merriam-Webster website the term jack-o’-lantern has been used in American English to describe a lantern made from a hollowed-out pumpkin since the 19th century, but the term originated in 17th-century Britain, where it was used to refer to a man with a lantern or to a night watchman. At that time, the British often called men whose names they didn’t know by a common name like Jack. Thus, an unknown man carrying a lantern was sometimes called “Jack with the lantern” or “Jack of the lantern.” We know where ‘jack-o’-lantern’ comes from. What’s less certain is how the name came to be applied to a hollowed-out pumpkin. Click here to discover more about the history of the jack-o’-lantern.

Looking for some creative pumpkin carving ideas. Visit our U-Pick Pinterest Board dedicated to the Halloween jack-o’-lantern. Pumpkin decorating is much more that just about hollowing out the inside and carving a face. Our Pinterest board shows ideas of no-carve crafty creations using paint and flowers. Get inspired this year and try something new. 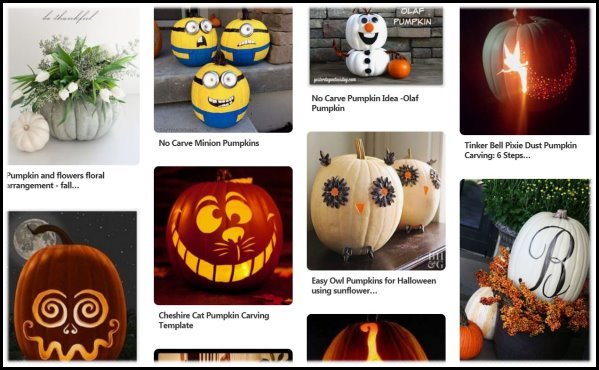 Don’t see your favorite farm? Send us an email and we will update our list.